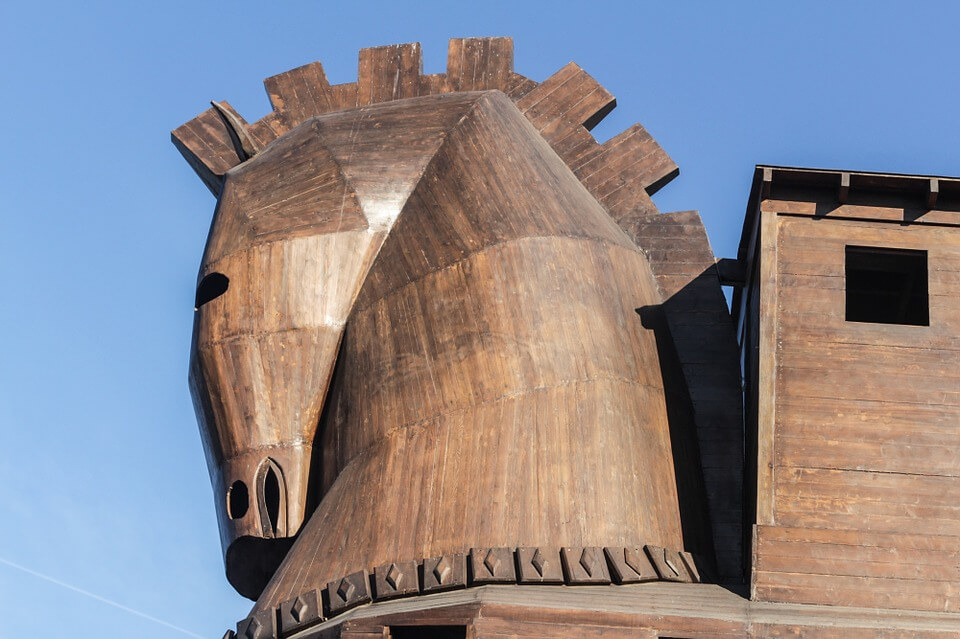 The tale of TROY – The Legendary Trojan War

TROY, a Greek ancient city, existed 3500 years from now in the western coasts of Turkey. The fortified city was a great flourishing kingdom.

The city has been an unanswered mystery for its existence for generations. The prime source of history of the city is written in the epic poem “ILLIAD” by the blind poet Homer. Archaeological research accounts the date of its formation as 4000 years ago. The city was destroyed and re-built on top of it creating human made mound called “tell”.

University of Amsterdam researchers write there were 10 Troys, lying in layers one over the other. From the excavation site, remains of settlement depicted a fortified city with a massive entry gate with a stone and a image to welcome the visitors The city was massive and protected with enormous stone defensive walls all around.

The city is considered to have inhabited from Bronze age 3000 BCE through to the 12th century CE. The archaeological site of Troy is 5 Km from the coast. The city is situated in a bay created by river Skamanda and occupied between Aegean and Balkans. The placement of city was the perfect to facilitate trade through sea and land.

Frank Calvert was the first researcher to excavate the site which was continued by Heinrich Schliemann in 1873.He claimed to have found great treasure of the King Priam. The collection of weapons, gold, silver, electrum, copper, bronze and vessels made of precious stones and metals were found. Well, many researchers later challenged the fact that these were not found in the excavation city of Troy. Indeed, it was declared and popularised by Schliemann to seek attention and fame. The elements declared by Schliemann have been dated to be thousand years before the date of Troy.

Homer in his poem Illiad describes Troy as well built and a very fine settlement with high and steep walls. The defensive walls were so strongly built and in Greek mythology it is believed to be built by Poseidon and Apollo to protect the city from 10 years siege.

There have been archaeological researches on site and lines of Illiad has been researched for ages yet the doubts of existence of such a city has prevailed. For decades, scholars have been debating whether a troy and the legends of its heroes ever existed.

Trojan war is undoubtedly the greatest war in classical mythology. The tales speaks of the love of Paris, the younger son of King Priam The ruler of Troy with the Queen of Sparta-the beautiful Helen, ignited the war that devasted the civilization. Some tales says Helen flew with Paris and some tales says Paris abducted her. In either situation, Helen’s elope struck a huge blow to the honor of Menelaus and it became the initial cause of war between Greeks and Trojans.

War originated from jealous and among three Goddesses (Hera, Athena and Aphrodite) over golden apple to proclaim herself as the most fairest women. Unwilling to settle the spate, Zeus sent goddesses to Paris who gifted the apple to Aphrodite and she promised him to gift the love of Helen, the most beautiful girl in the world. Aprhrodite fulfilled her promise and Helen eloped with Paris.

Possession of women was very important to honor of a man. Abduction of women was a great insult to Greek ruler. Menelaus called upon his brother Agamemnon to gather Greek warriors to persuade Helen back to Sparta. Greek army gathered, and thousand fleet sailed to troy.

The Greeks wanted to take back Helen amicably, but Troy refused and declared if they want Helen back then it had to be with the use of arms. The siege continued for nine years. Trojans were able to manage to protect the city with great strength. In the tenth year, Achilles, the super powerful immortal warrior, killed Hector, the greatest of Trojans Achilles refused to surrender his body to the Trojans for burial, and instead, he desecrated it by dragging it with his chariot in front of the city walls. He eventually agreed to return it, after he was moved to tears by the visit of King Priam of Troy, who had come alone to the Greek camp to plead for the body of his son with his son’s murderer.

Not long after it, Achilles was killed by arrow shot by Paris. Paris himself was subsequently killed by an arrow, fired by Philoctetes, straight from the legendary bow of Heracles. Many great heroes and warriors died. Finally, Odysseus devised a plan to end the war. He asked his people to build a wooden horse hollow from belly. Greek soldiers hid inside the horse belly and it was placed outside the fort gate of Troy. In the meantime, fleet retreated from shores of Troy leaving behind their agent Sinon. With great efforts, Sinon convinced Trojans that the Greeks had retreated and withdrawn from the war and the horse is a gift of God for good fortune.

The Horse was brought inside the city and feast celebration started as the war concluded. The Greek ships retuned to Troy and at night the Greek Armies jumped out of the horse and opened the gate for follow Greeks. A massacre followed. The city was raided, burnt to ashes. The Heroes, kings died, and the glory of TROY was turned to ashes.

The Glory of City- Then and Now

The kingdom of Priam was a flourishing and prosperous kingdom as it is very much evident from the words and verses of Illiad and the works of excavation reveals the great settlement of the city.Xerxes,The great Persian king on his quest to conquer the world, stopped at Troy to pay homage to the city and Alexander The Great would do the same in 4th century, granting the city a special status.
It is believed the special status of city continued to the Roman rule. Romans believed the Aeneas was an ancestor of Romulus and Remus, Rome’s legendary founders. It became the favourite tourist and pilgrim place for Romans.

Today, Troy is a UNESCO world heritage site and popular tourist site in Turkey. A new museum is being constructed to promote tourism.

Troy is a tale of a reality and a myth.