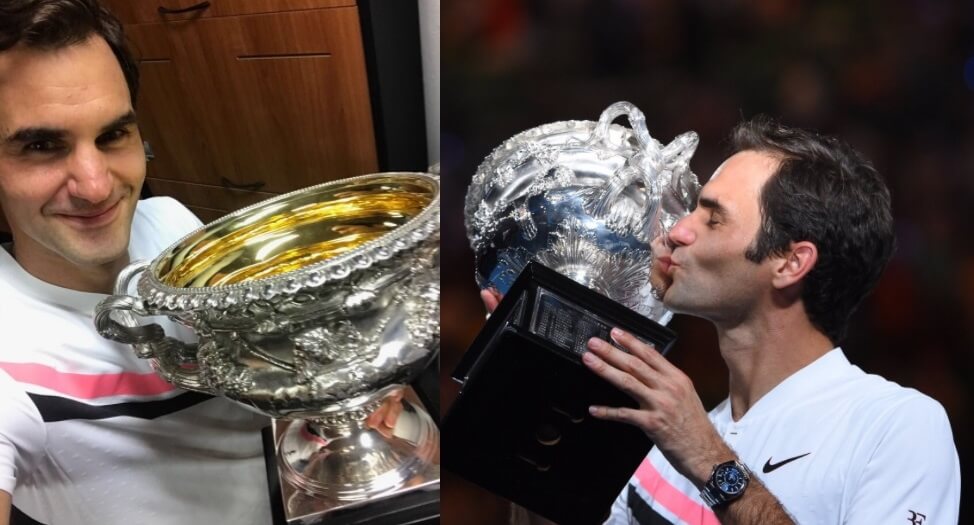 Roger Federer won his 20th Grand Slam at Australian open on 28th January 2018 beating Marin Cilic. The match was 3 hours 3 minutes and the score was 6-2, 6-7(5), 6-3, 3-6, 6-1. At the match point, Federer went for the far sideline on his second nerv, Marin Cilic put up his hand, challenged, but he ball was plum Up went the victorious hand of Federer. Along with the title he won AUD 4,000,000 for the fortnight series.

Going to sleep well tonight. Thank you to everyone for the love and support. It means more than I could possible describe pic.twitter.com/8t0f38vTLB

36 years old Swiss Federer picking up the Grand slam title said pointing to the crowd “you make me feel nervous, you fill stadiums, you make it worthwhile, I want to thank you, it wouldn’t be the same without you. My team, my family I Love you “ and tears rolled down.