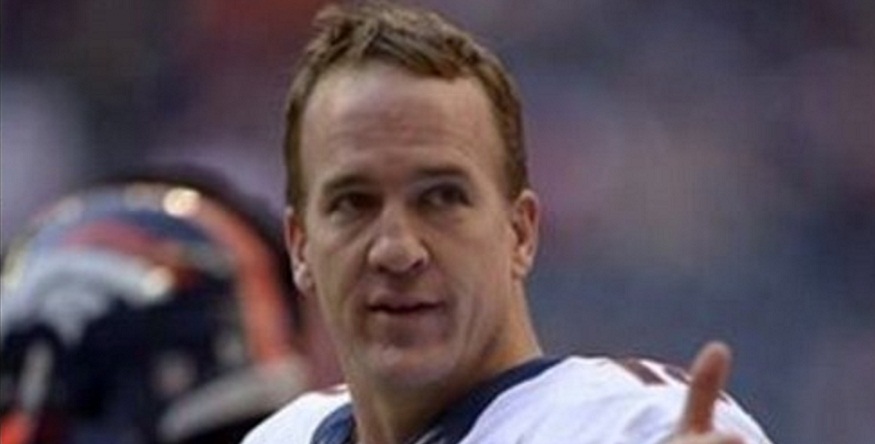 In the world of football, Peyton Manning is a famous name, who set numerous records in the field of games. He is an American former football quarterback and most prolific passers in NFL history.  He has a huge fan following not only in the United States, but also in all over the world.

Peyton Williams Manning is a son of Archie Manning, who is also a famous former NFL quarterback and the older brother of New York Giants QB, Eli Manning. He was born in New Orleans, Louisiana on March 24, 1976. Peyton attributes his initial athletic improvement to the mutual family pleasure in these games. His older brother, Cooper manning was another mentor who supports his brother in the field of sports.

Peyton led their football team to a 34-5 records as a starter during his three seasons while attending Isidore Newman School in New Orleans, Louisiana.  After some time, his elder brother Copper forced him to give up football due to spinal steno sis but he never stopped. In his school time, he was counted as the wonderful high school player in the country. He was also recruited to play college football for the University of Tennessee Volunteers in the year 1994 and became Tennessee’s all-time leading passer by breaking the records for career wins.

He had given a great contribution in the National Football league by breaking many unexpected records.  During his schooling, he played well which is enough to attract the attention of sport lovers. The Indianapolis Colts selected Peyton to the NFL in 1998. He established NFL rookie records for completions (326), attempts (575), passing yards (3,739) and touchdowns (26) and he also threw a league-worst 28 interceptions for a team that struggled to a 3-13 finish. Because of these records he raises up the competition level of the national sports and games.

Peyton won many awards and  his first award was MVP award, which he won in year 2003 and captured this award four times in the year 2004, 2008,2009 and 2013 in his starting career. After that, he becomes the first NFL player ever to achieve these awards most time. He compiled 50,000 career yards and 4,000 completions in his professional career and becomes the fastest player in the NFL.

After giving a wonderful performance of his career in the first 13 seasons, Peyton got three neck surgeries in 19 months. He experienced a spinal fusion to repair a damaged nerve in his neck, which affect his professional career for some times and he stopped playing till 2011 season. After some time,  he again joined the NFL Series professionally and gave some impressive performances.

After playing the 18 seasons excellently, Manning announced his retirement on 7th March, 2016  with the final words, “I’ve fought a good fight. I’ve finished my football race and after 18 years, it’s time. God bless all of you and God bless football.