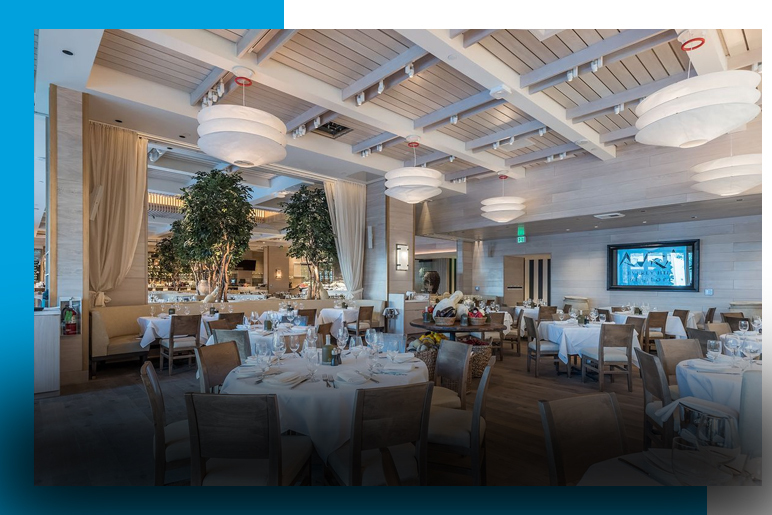 In Beverly Hills, eating out can be quite expensive. The restaurants in this area reflect the affluent preferences of locals and visitors alike, from fine dining hotspots like Tempura Endo and Nozawa Bar to Avra and Spago. The return of Curtis Stone’s tasting menu restaurant Maude and Nate n’ Al’s iconic Jewish deli sandwiches, however, are some more approachable establishments with exceptional quality.

Here are the 15 best lunch spots in Beverly Hills for a posh day in LA’s fanciest zip code. 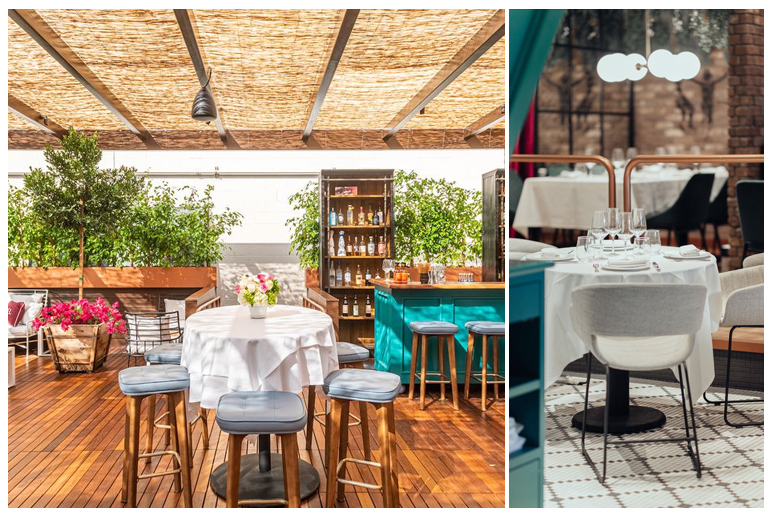 TATEL is a unique experience of Spanish Haute food, exceptional service, and live music every day of the year. It has locations in Madrid, Ibiza, and Beverly Hills and has been operating since 2014. According to a poll conducted by the prominent gourmet portals Kayak and OpenTable, TATEL is one of the top 25 restaurants in the world worth visiting. It is well-known both domestically and abroad and epitomizes the warm and jovial atmosphere that distinguishes Spanish restaurants. Spanish restaurant Tatel still serves large, noisy dinners with sliced Jamon Iberico, paella, Dover sole, basque cheesecake, and plenty of well-shaken cocktails, even though it may not be quite the same as when it first opened. 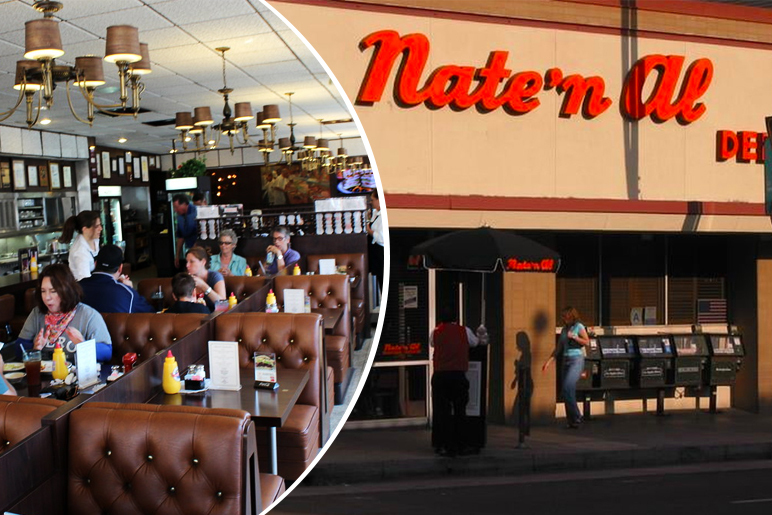 Nate ‘n Al Deli may not exactly be a chic option for some upscale Beverly Hills eating, but everyone will recommend it, so you should go. It’s not surprising that this restaurant is so well-liked given that it’s a local institution. It’s also praised as a comfort food paradise, so if you find yourself nearby, it can be a nice place to grab a bite. Pastrami and corned beef sandwiches are consistently delicious at this famous Beverly Hills deli. It’s also worthwhile to check out the varied breakfast selections, which include cheese blintzes, matzo brei, and a lot of smoked salmon. Before changing hands, the deli had previously been on the verge of closing. 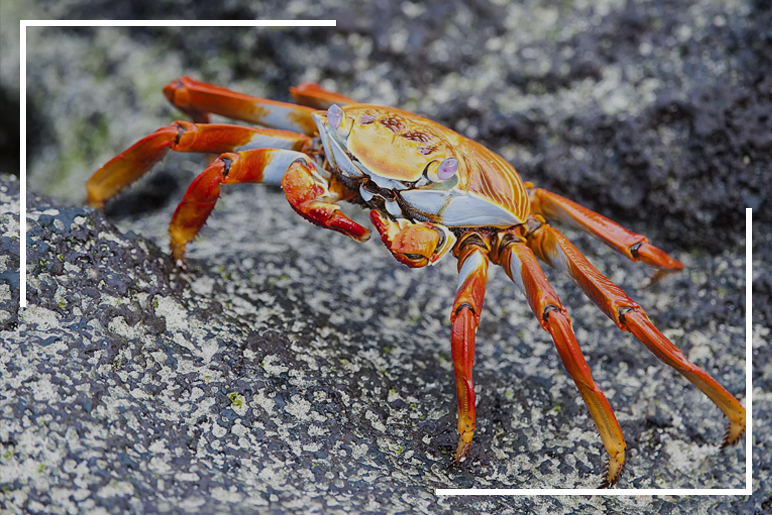 At Crustacean, the focus is on contemporary Vietnamese cuisine prepared by chef Helene An. Don’t skimp on the renowned garlic noodles or the Dungeness crab served in or out of its shell and grilled with garlic; go all out and order both. 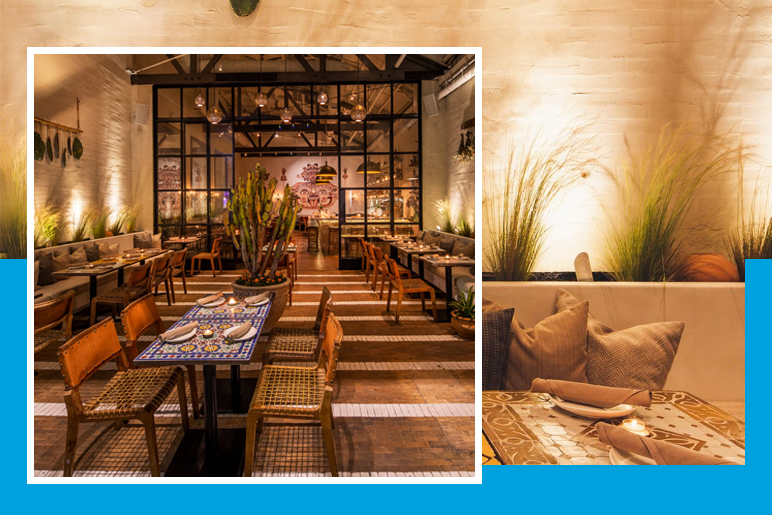 In the centre of Beverly Hills, chef Joshua Gil and restaurateur Matthew Egan have launched a contemporary Mexican eatery with Baja Californian influences. Foods like salmon skin chicharron, tostadas, and an incredible deep-fried snapper served with big homemade corn tortillas have flavors that sizzle and explode with real spice, fire, and acid. 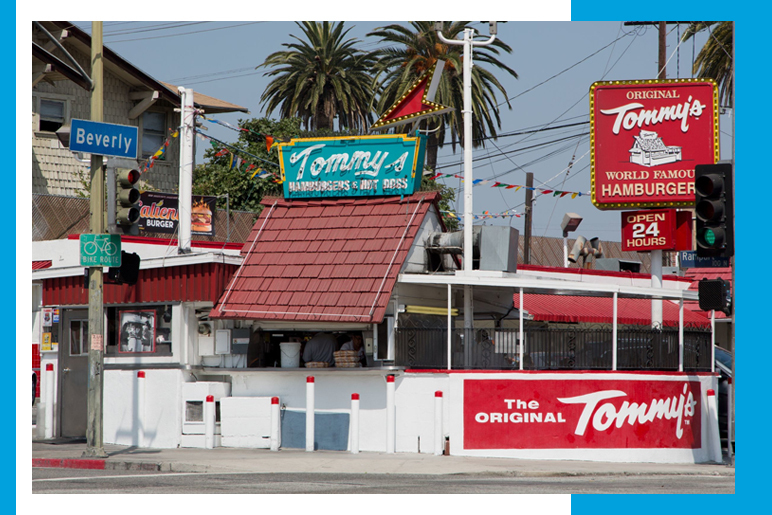 This elegant dining room, which has taken over the former Bouchon location, has a less formal but no less enjoyable atmosphere thanks to chef Vartan Abgaryan’s largely Italian American menu with contemporary California embellishments. Before launching this hip restaurant in the centre of Beverly Hills, its owner Tommy Salvatore worked for years at Craig’s, a favourite of West Hollywood celebrities. 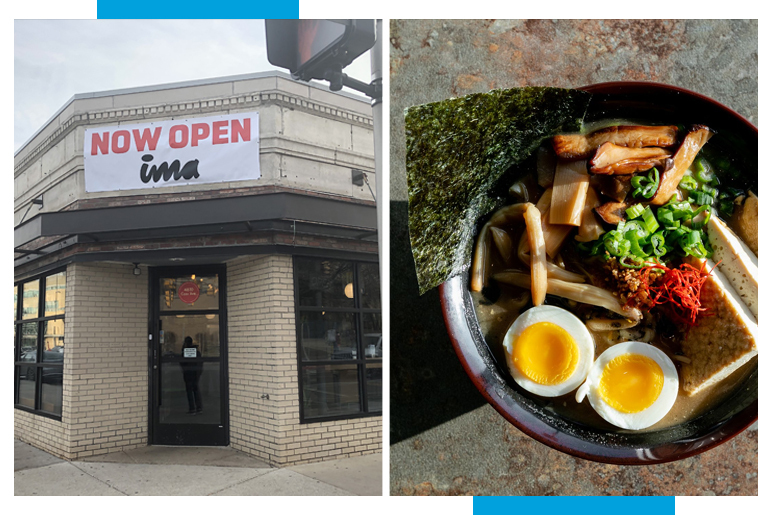 This shabu shabu and sukiyaki restaurant from the Yazawa group is one of the most amazing places to obtain expensive beef because it uses the finest grade Japanese wagyu. The service and atmosphere are on par with what you would find in upscale Tokyo areas, but the pricing is exorbitant to match. 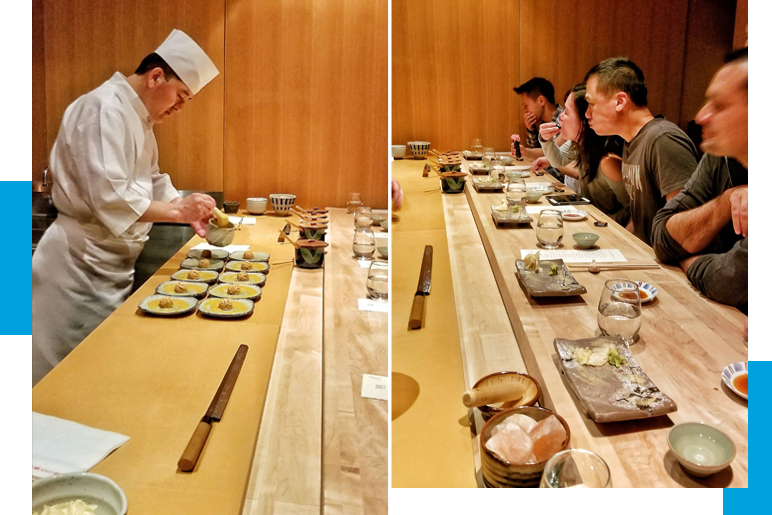 Chef Osamu Fujita is in charge of this hidden sushi bar, which is located behind Beverly Hills’ Sugarfish. He creates a cuisine that is market-driven and seasonal that rivals comparably priced establishments in Tokyo. There must be reservations. This omakase-only restaurant has a well-established reputation. Only 10 people are served 22 courses of sushi each night, which may be the most amazing and disciplined experience of your life. The sushi is made with fierce expertise using only the freshest fish. Not only must you make a prior appointment to attend this private event, but you must also adhere to the tight house rules about punctuality and respect for the chef’s choices (i.e., refrain from making adjustments or special requests to the cuisine that is provided).

The Terrace at Maybourne 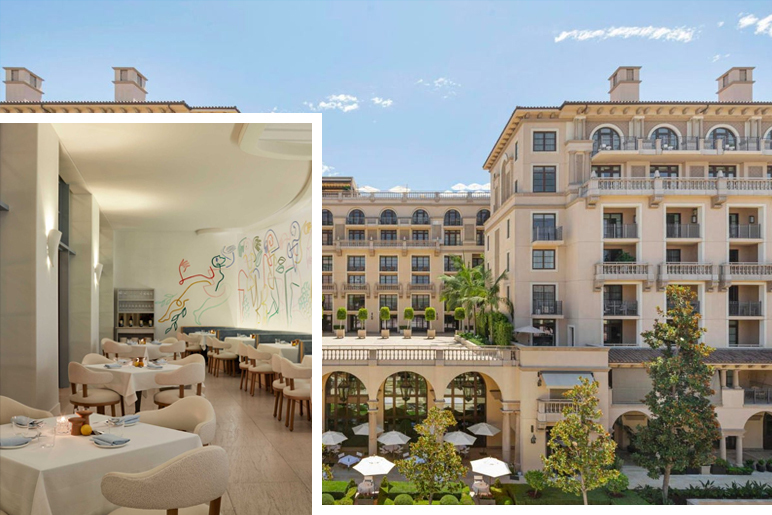 The Terrace, a restaurant inside the posh Maybourne hotel, has previously housed many different eateries like Scarpetta and Georgie. Grilled prawns, homemade pasta, and dry-aged New York strip steak are just a few of the crowd-pleasing delicacies that Chef Kaleo Adams is in charge of. Warm summer evenings are ideal for relaxing on the outdoor terrace that overlooks the small park. 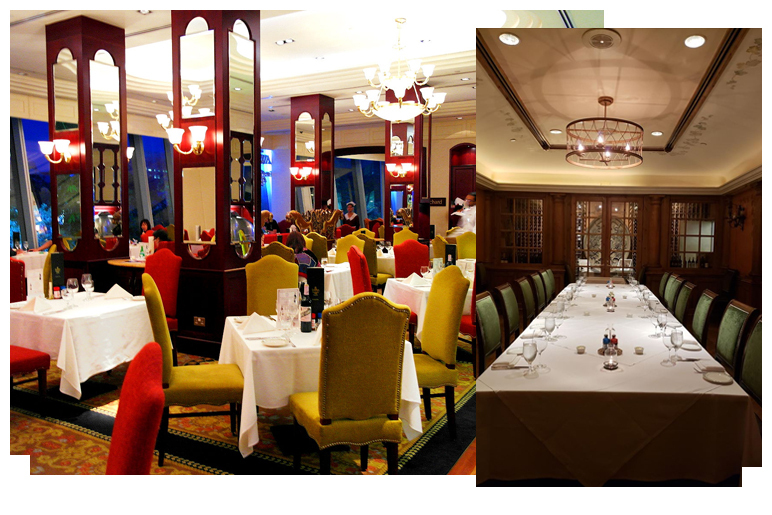 Lawry’s, a venerable restaurant on Restaurant Row, is still operational after 80 years. This is a great location for large gatherings because it offers rotating salads to start and delicious prime rib sliced tableside. 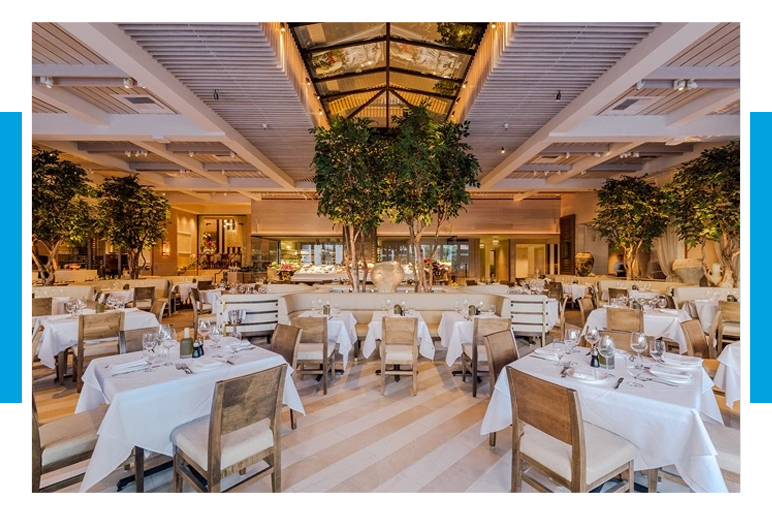 Avra, a New York City import, offers contemporary Greek cuisine in the centre of the Golden Triangle. Similar to its two East Coast locations, the focus here is on immaculate seafood that is artfully presented for customers to choose their perfect catch. This enormous restaurant, which spans 11,000 square feet, shouts Beverly Hills: it is complex, sophisticated, and yes, pricey (but worth every penny). Avra follows in the footsteps of its New York forebears with an outstanding Mediterranean menu that includes crisp zucchini and eggplant chips, Chilean sea bass souvlaki, charcoal-grilled octopus, and a stunning seafood display from which diners can choose the whole fish they’d like prepared. Don’t forget to stuff yourself with the delicious appetisers, which include grilled prawns, feta-tomato salad, and the hearty manouri saganaki—filo dough loaded with manouri cheese and drizzled with sweet honey and balsamic vinegar. 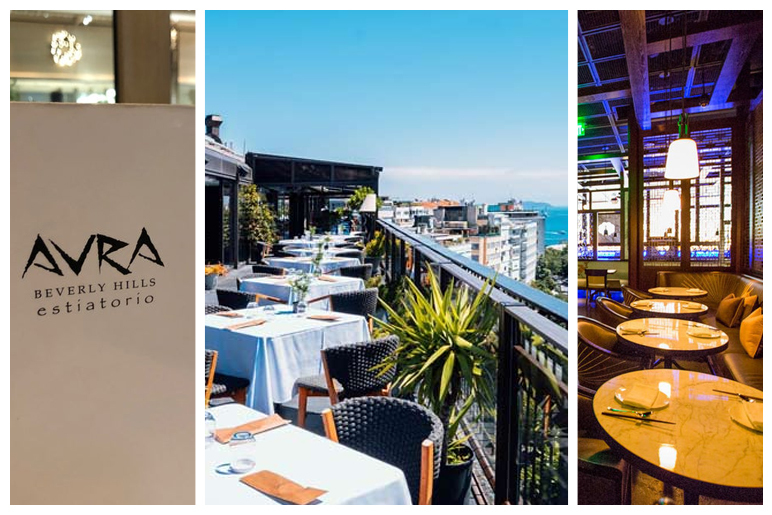 Spago is a Beverly Hills institution and the pride and joy of famed chef Wolfgang Puck, who had the foresight to establish himself there when it was still a long way from becoming the upscale hotspot it is now. There is something for everyone at Wolfgang Puck’s flagship restaurant, which has a classy bar near the entrance for cocktails and small meals and a major dining area dedicated to tasting menus and a la carte options. Thanks to the efforts of head chef Lee Hefter, it maintains its astounding excellence and boasts what is widely regarded as the best wine selection in the United States. For beginners, the tasting menu, which consists of six to eight courses, is ideal, though you may also get different plates. On most nights of the week, Puck will be seen wandering around the kitchen and dining area. 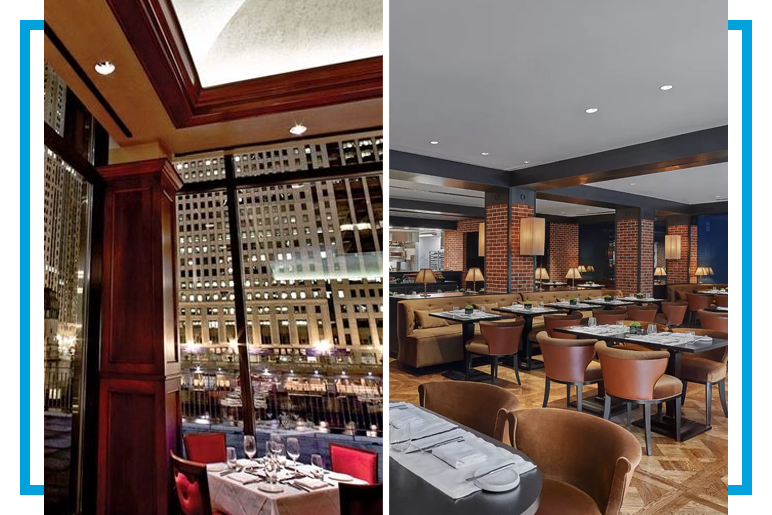 This contemporary steakhouse by Wolfgang Puck is housed on the first floor of the opulent Beverly Wilshire hotel. It serves premium red meat with chef-driven embellishments like the bone marrow flan appetiser. For dessert, save room for the chocolate souffle. Rodeo Drive’s Wilshire section is bookended by Wolfgang Puck’s upscale steakhouse; it is definitely best to eat here after doing all of your shopping so you can collapse into a comfortable food coma. The meal and the stylish, spacious atmosphere both exude a sense of modernity. There is bone-marrow flan, organic vegetables that are frequently used, line-caught sashimi, and a variety of steak cuts, including Nebraska beef, Japanese purebred wagyu, and corn-fed Illinois cuts, for customers to pick from. 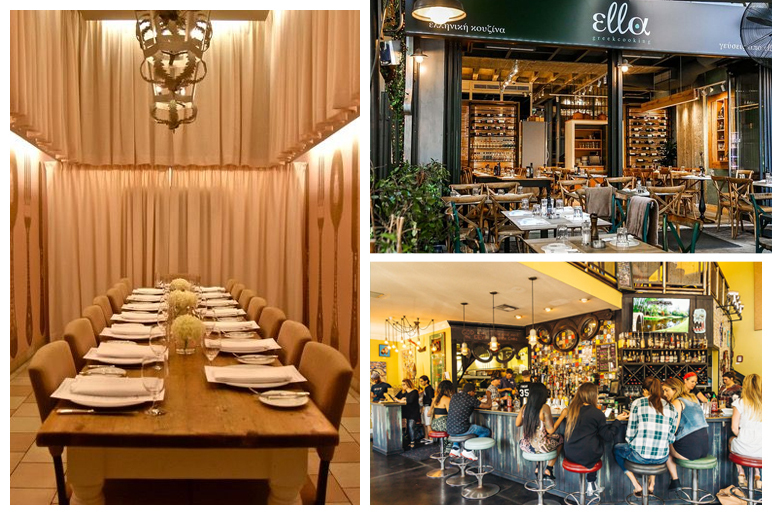 The ground-floor restaurant of the Sixty Beverly Hills has been taken over by Umbrella Hospitality firm, and chef Brian Min has created a modern California menu that is popular with both locals and hotel visitors. While chicken liver mousse is served with a loaf of soft focaccia, sweet, crunchy duck wings are heavier than their chicken counterparts. A mean bistro burger and dry-aged grilled branzino replace large amounts of pasta like mafaldine bolognese or pasta al Limone. The Cactus Prick cocktail with mezcal, ginger, and pineapple is one of the best. 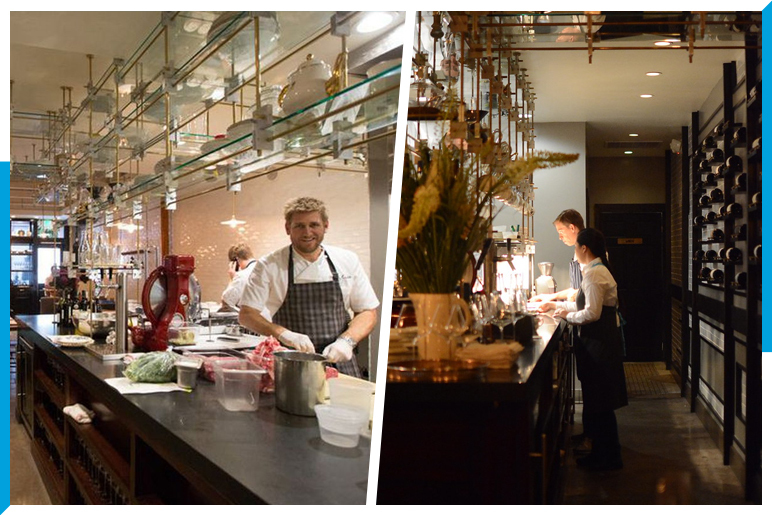 One of the most well-liked personalities on the Food Network, star chef Curtis Stone, named and modelled Maude after his grandmother. With seven tables and seating for 25, Maude has a warm and welcoming atmosphere. Getting a reservation can take months in advance. The tasting menu of his nine complicated courses, which focuses entirely on one component each month, is a testament to Stone’s skill and creativity in preparing consistently enjoyable and delicious meals. After transforming into an Australian pie shop amid the epidemic, Curtis Stone’s legendary tasting menu has finally returned. Osiel Gastelum, a former Somni chef, has recently joined the Michelin-starred restaurant and is offering nine-course meals for $195 with wine pairings. 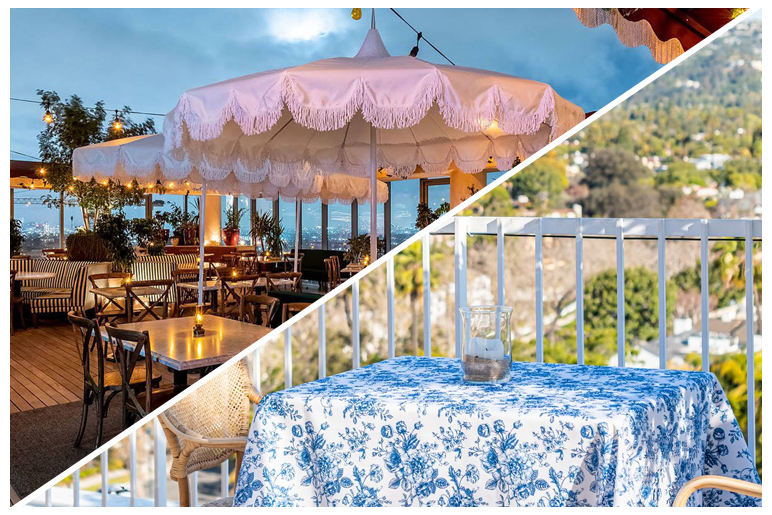 The ever-swanky Beverly Hilton is home to the stunning rooftop restaurant operated by the H.wood Group, which serves contemporary Israeli cuisine like grilled kebabs, mezze, and prepared plates such as charmoula roast chicken or braised lamb shank. Sant’olina is a fusion of Southern California and Mediterranean cooking. A flavorful, nutritious cuisine is created by chefs Michael Teich and Burt Bakman by combining colourful herbs and spices. From the classic recipes right out of the Tel Aviv shuks to the contemporary Californian twists, each meal tells a different narrative. Sant’olina perfectly encapsulates the spirit of a coastal getaway with its classic Mediterranean colour scheme and open-air views of Los Angeles.

Sant’olina, which is perched atop the famed Beverly Hilton, will serve supper every evening.